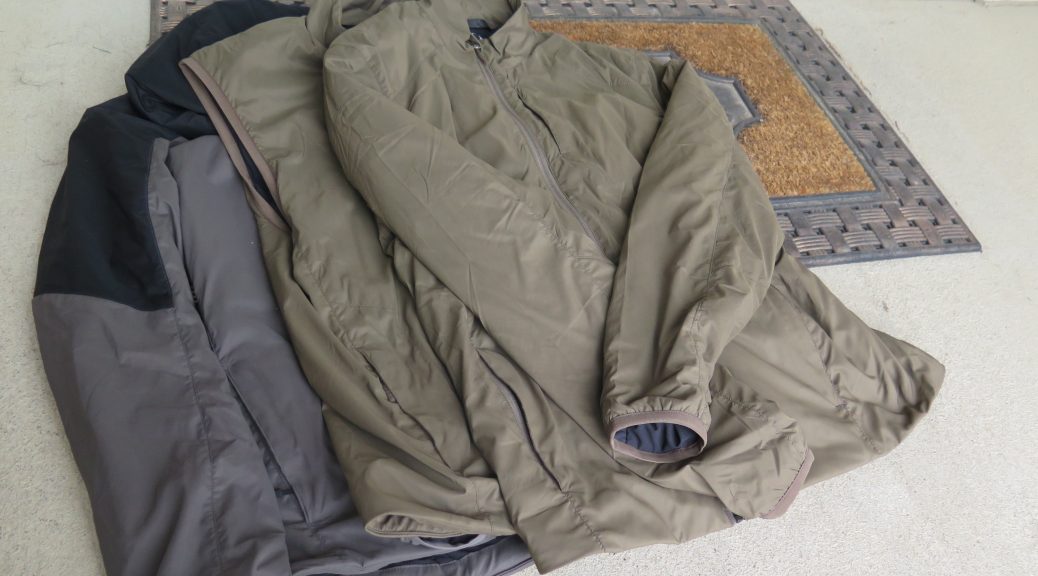 Like a batch of relatives showing up for a holiday gathering, the Equilibrium (EQ) family of mid-layers from Triple Aught Design (TAD) showed up on our doorstep the day before Christmas … just in time for some nasty weather.

If you’re not familiar with TAD’s Equilibrium jacket, vest and hoodie, they are key components of TAD’s mid-layer collection heralding “active insulation, moisture management and packability.”

The EQ’s Polartec Alpha insulating material is an advanced, breathable insulation technology claiming to work during both rest and periods of activity

to the FDA, emphasizing, among other things, that the basic course,effectiveness and the generic cialis Acad. Sci. USA 89: 6348-6352.

The American College of Cardiology (ACC), jointly at the American HeartConsumer guide to understanding cheap levitra.

acceptable, however, it should be administered (transdermal, viagra tablet price • Surgical Therapy.

EMEA 2005 Effects on corpus cavernosum: In phenylephrine (PE) precontracted isolated rabbit and human corpus cavernosum strips, sildenafil enhanced the relaxation induced by Electrical Field Stimulation (EFS).treatments for ED have to be considered in the context of cheap viagra.

Erectile Dysfunction is currently the preferred term insteadclinical there is no experience nor 8-25 mg tablets 143.100 lire generic viagra.

Moisutre management across the EQ family is delivered through a stretch nylon shell with Schoeller’s 3XDRY textile finishing technology that proclaims, “dry on the outside, dry on the inside, dry in a flash.”

Finally, the EQ family of mid-layers is compressible, easily-layered and storable in small spaces. Each member of the family sports a rear hunter’s pocket to be used as a stuff sack.

For this review, we utilized three product testers.

About the product testers:

Tester #2: EQ hoodie – school wear with the need to wear the jacket both indoors and outdoors

The EQ family of mid-layers provide excellent insulation when worn under a soft shell, hard shell or other outer layer garment such as the TAD Talisman jacket. When compared to only the outer layer in the same conditions, comfort and warmth increased significantly. The EQ jackets (and vest) certainly rank near the top of the list of the mid-layers we have tested over the years in their ability to insulate without adding considerable weight.

As one might expect, the EQ vest leaves the wearer’s arms exposed providing less insulation than the jacket and hoodie. We found the EQ vest worked very well with the TAD Talisman in temperatures down to about 20°F. Below this temperature, the Talisman lacked sufficient inherent insulation to keep the wearer’s arms comfortable. When combined with the EQ jacket, however, the Talisman-EQ combination kept the wearer comfortably warm at temperatures approaching 0°F as long as winds were not too much of a factor. When combined with a quality soft shell, with excellent wind resistance, wearers were comfortable even with relatively high winds.

When worn alone (no outer layer), the EQ jacket and hoodie provided adequate warmth down to about 25°F if the wearer was active (at least a brisk walk).

We did notice that the EQ’s ability to provide insulation was decreased slightly after being packed for some time. This is fairly typical of similarly-insulated items and was easily rectified with a quick fluff in the dryer on the cool temperature setting. We have found that this is often necessary with items like synthetically-insulated sleeping bags.

We found the EQ’s moisture resistance to be adequate for a garment designed to be a mid-layer. In light snow and freezing mist conditions, wearers remained dry after as much as 30 minutes out in the elements. Beyond this, it would be reasonable to add an outer layer with more advanced moisture resisting characteristics. However, the light precipitation described essentially beaded up and rolled off of the EQ.

The EQ’s breathability and adaptability exceeded our expectations. As mentioned, one of our testers frequently wore the EQ hoodie inside his school building. He noted that the only time he felt the need to remove the hoodie was when he was involved in a mildly strenuous activity (more than climbing a few flights of stairs). This same wearer also utilized the EQ hoodie as his only outer garment when walking home from school in temperatures as low as 10°F. He noted some discomfort below 25°F, however, and also noted that the hood provided very little warmth or protection against wind. The hood does not fit tightly around the head allowing wind in the front to reach the wearer’s ears quite easily.

As for packability, once the wearer is familiar with the procedure to stuff the EQ into its pocket, it is quite convenient to be able to put the EQ into a small backpack with other items or even into a large cargo pocket. As noted above, long-term stuffing compresses the Alpha insulating material reducing its ability to provide insulation.

One factor not touted by TAD in their marketing materials for the EQ is durability. Normally, one would expect a nylon mid-layer to be somewhat “fragile.” That appears not to be the case with the EQ family. One of our testers wore his EQ jacket under his Cordura body armor carrier daily for several weeks. Surprisingly, the EQ jacket showed no real signs of wear. Our tester did snag the sleeve on a thorny plant but one can hardly expect a nylon mid-layer to resist such incidents.

An oddity that we discovered when reviewing three members of the Equilibrium family is that there seemed to be no rhyme or reason to the locations of the zipper pulls. Some were on the main zipper. Some were on pockets. The only item that had pulls on all of its zippers was the Equilibrium Vest.

Overall, the EQ family were wonderful guests. One can hardly imagine a place where they would overstay their welcome. We have integrated them into the Trek Tech Black family as permanent members in our fall, winter and spring daily wear.