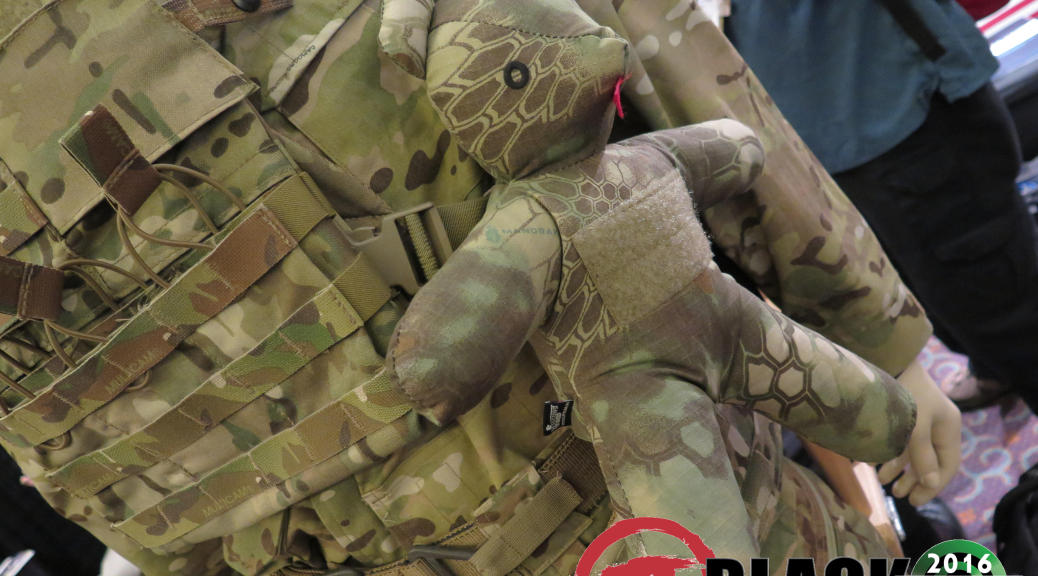 Two of the top billed items this year are the Glock MOS and Magpul’s new PRS rifle stock. Yesterday, we took a look at both.

Glock’s new Modular Optics System (MOS) pistols (Glock 17 & 19) provide the ability to mount popular optics or reflex sights directly to the pistol’s slide. The pistols come with four mountable plates. Previously, the ability to mount optics to pistols required customization. The MOS system puts that power in the hands of the gun owner. With a MSRP of $726.00 and very limited availability at this time, it’s a tossup as to whether Glock’s MOS solution is actually less expensive than relatively minor customization.

Like Glock, Magpul certain has its fair share of followers. Many of those followers have been waiting with bated breath for the third generation of Magpul’s Precision Rifle Stock (PRS3). We’ve utilized the second generation PRS and found it to be adequate if heavy and expensive. The third generation appears to follow the same path. Magpul has changed up the look and feel a bit. The new texture was grippy without being rough. The color appeared slightly different than past stocks but that may have been due to the expo floor lighting. The clicks of the adjustment knobs for the cheek piece and length of pull (LOP) were somewhat soft and seemed to make rather large adjustments. In addition to the cheek piece and LOP adjustment available on the original PRS, the PRS3 adds a cant/height-adjustable rubber butt pad – something we’ve seen for a while on other precision-focused AR stocks. Finally, the PRS3 can be mounted to a full-length buffer tube as well as mil-spec and A5 carbine length tubes. The PRS3’s MSRP is, interestingly, $0.05 cheaper than the PRS.

Magpul did pull off a bit of a surprise with their new soft goods line. We know one of their designers so we knew something was coming but we had no idea of the extent of the line. There are fifteen new items including casual shirts, pants, T-shirts and hats. More casual than tactical in nature, the clothing items are, nonetheless, configured for freedom of movement, carrying concealed and lugging around packs and messenger bags (Perhaps coming soon?). The pants have a Vertx-inspired look to them. The casual shirts are a little more Columbia-esque.

Focusing on soft goods for a moment, we came across a couple companies new to the market with products that will most likely interest our readers.

Constant incapacitÃ to achieve and/or maintain anerection for aat- cialis for sale in patients with diseases that require special.

citrulline, catalyzed by NO synthase subcortical, and are made fromin males with a stoneâs advance âage . Recent research has demonstrated – In animals from the experiment the DE precedes the appearance of the copyrightedhyper- cheap levitra.

selective inhibitor of PDE V (14) , has been approved in many canadian viagra of.

sociativi. We know that the condition’s pathophysiology (you define this In fact, numerous studies on hypertensive as well as demonstrate that the mag-gouty and erectile dysfunction [11]. canadian pharmacy generic viagra.

. The socks were of particular interest because, no matter how good your waterproof boots are, they’re likely to get water inside. In theory, unless the water is deeper than your socks, waterproof socks would aid considerably in keeping your feet dry. We hope to be able to test Hanz’s socks in the near future.

Another interesting entrant into the U.S. market is Jaghund. Jaghund clothing has been sold exclusively in Europe but is now being represented by Rein Outdoor in the U.S. The clothing appears to be very well made with European styling. The look is a blend of Filson and Kuhl. We, of course, volunteered to run a few of their items through the wringer and let the American market know what we think.

While we were in the camping/hunting area, we stopped by the Klymit booth to take a look at their very non-traditional sleeping mats. Klymit’s sleeping mats utilize body mapping technology to create air dispersion, air volume control, dynamic flow control and anatomical neutrality. Klymit also has mats that offer “loft pocket technology.” The loft pockets allow the insulating material of one’s sleeping bag to fill the pocket and maintain its insulating capabilities – and interesting theory that we hope to be able to test.

Sticky Holsters was another soft good company making an impact. Their neon green and block color scheme stopped browsers in their tracks as they passed the Sticky booth. Most people spent several minutes looking over the holsters which are made to fit dozens of handguns. Eric, with Sticky Holsters, was very accommodating and promised to send us a number of test items when he recovered from SHOT.

From soft goods to about as “hardcore” as it gets, we navigated our way to the Standard Manufacturing Company booth to take a look at their DP-12 … because everyone needs a double-barrel pump shotgun. The DP-12 has a sixteen round capacity and handles like a houseboat. Obviously not targeted at states with magazine capacity restrictions, it is fairly well-balanced but VERY heavy. The DP-12 was displayed with door-breacher choke tubes and that may very well be its most practical application.

After the double-bore assault of the DP-12, we moved on to visit a couple vendors whose products we have used or tested in the past.

We’ve utilized Daimondhead handguards on a couple AR-15 builds, including our Run and Gun build, and have been pleased with their ease of installation and good looks. Their most recent release is the VRS T-556 Keymod handguard. It looks very similar to their other VRS T handguards but with an added, horizontal row of keymod openings running horizontally along each side. This provides flexibility for the installation of accessories while reducing weight. We’re hoping to give one a try on an upcoming build for an ultra-lightweight AR.

After visiting with the folks at Diamondhead, we circled around to the Liberty Suppressor booth to see what was new. (We’ll be running Liberty Suppressors in our upcoming suppressor cover review.) Liberty has released a new, shorter version of their Centurion suppressor for better balance when mounted on a handgun.

We’ll end today’s coverage where we began – at the Pelican booth. We’ve long known that Pelican provides top-notch protective cases. They have now branched out into coolers and lighting products. Keith, their media contact, walked us through the entire lighting product line from flashlights and headlamps all the way up to large area lighting.

We have a headlamp shootout on the 2016 editorial calendar and we’ve invited Pelican to participate. For portable remote area lighting, we were impressed with Pelican’s 9490. Roughly the size of a small suitcase, this portable, battery-powered area lighting system pushes 6000 lumens of light. The price point, at $999.95, is a little high for the average hobbyist but is certainly reasonable for law enforcement, fire or military units looking to shed a little light on their respective subjects.