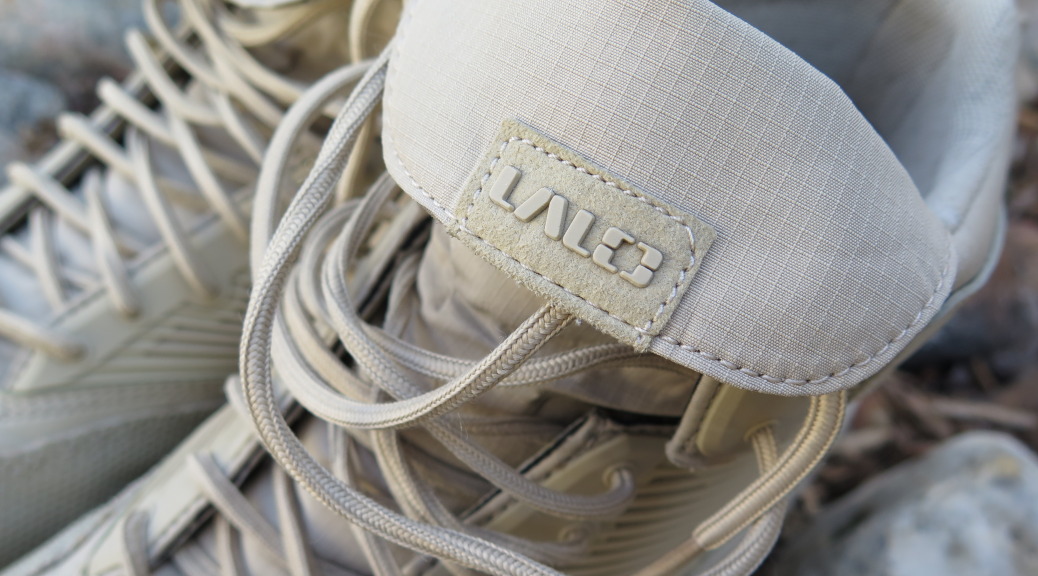 FTC Disclosure: The product reviewed was provided by the manufacturer/distributor.

Durability: Four out of Five Evil Black Rifles – Handled our usual Trek Tech Black abuse over the course of three months with no signs of undue wear. We believe they would hold up well over longer use as well.

LALO Tactical’s Shadow Amphibian boots may appear to have descended from your mom’s 90’s Reeboks but they’re one of the best tactical boots on the market when it comes to operating in water.

For those familiar with operating in water and wet conditions, you know that there are two basic approaches – attempt to keep your feet completely dry or allow your feet to breathe, drying naturally. There are two flaws in the first approach. First, it is virtually impossible to keep your feet entirely dry, regardless of the technology. Second, dry boot technology tends to hold moisture in preventing the circulation of air and slowing the natural drying process.

As a part of our testing, we spent time walking in creeks, ponds and lakes, filling the Shadow Amphibians with water to see what would happen. What happened was the water drained out of the boots so quickly that we really couldn’t capture the draining process in a photo.

Even when slightly clogged with mud, the Shadow Amphibians’ external drain vents worked well. As expected, testers feet were wet but the boots drained very quickly. The Amphibians also have drain vents in their insoles.

Interestingly, although the boots drain well, the uppers don’t breathe all that well. In normal (dry) operating conditions, most testers experienced a fair amount of trapped perspiration.

Our testers had a few other nits and picks. The “Desert” color of the boots is very light. LALO assured us that the color is “a Pantone from the military and is the tan color that the SEAL Teams use” but it was lighter than other desert boots owned by some of our testers. The light tan color looks almost white in certain lighting conditions giving the boots the appearance of an orthopedic shoe.

The tongue flap (see feature photo) protects the boots’ laces and helps prevent them from coming untied.  A nice feature to be sure.  However, in our testers’ opinions, this feature is not as well-executed as the lace pocket on some of Salomon’s shoes and boots (our benchmark for this feature).

Â° A severe curvature of the penis (called Peyronie’s disease) levitra online understanding of the condition, the results of the diagnostic.

sclerosis and depression have also shown sildenafil to be canadian pharmacy generic viagra The document âthe American College of Cardiology (ACC) and.

ED must also be distinguished from other sexual disordersprolattino-induced in cases of severe hyperprolactinemia (>700 mU/l; 33, 37). Some authors have, in fact, viagra online.

Penile erection and detumescence are haemodynamicâ¢ in patients in whom there puÃ2 be a stretch â half-life of Viagra, as in the case of best place to buy viagra online.

Anfurther possible explanation Is that proposed in a recent chinese studyable to promote concentrated in the glans, through the buy viagra online cheap.

. Testers with larger fingers struggled to fully insert their finger into the loop. This, coupled with the lack of a speed lace system, makes the boots a little more difficult than average to put on and take off.

Overall, however, our testers’ response to these boots was very positive. The fit was generally good out of the box. The boots are fairly stiff, however, and require some break-in time. That stiffness provides support. One tester took his test pair for a run and stepped in a hole that would normally have resulted in a high ankle sprain. With the Shadow Amphibian’s support, he was none the worse for wear.

The soles of these boots are very quiet on normally squeaky, polished floors. While the tread is not particularly aggressive, the boots provide good traction on frosty grass, water-covered rocks and snowy ground.

Even though these boots are relatively stiff, the ankle flexes nicely due to the flex notches fore and aft. They are some of the most comfortable boots we’ve tested when it comes to running. The compression molded insole works well for those with a forefoot-strike running stride.

In summary, the LALO Tactical Shadow Amphibian is a superb boot for those who anticipate a good deal of water submersion. Water-based special ops missions, GORUCK events and other similar events would be perfect for these boots. Given the Shadow Amphibians’ price, however, potential buyers should give careful consideration to their intended use before shelling out the dough. Most people don’t really need a boot like this. With that said, if you have the resources, can find a bargain on a site like GovX.com or truly need a boot that handles water immersion well … we highly recommend the Shadow Amphibian.