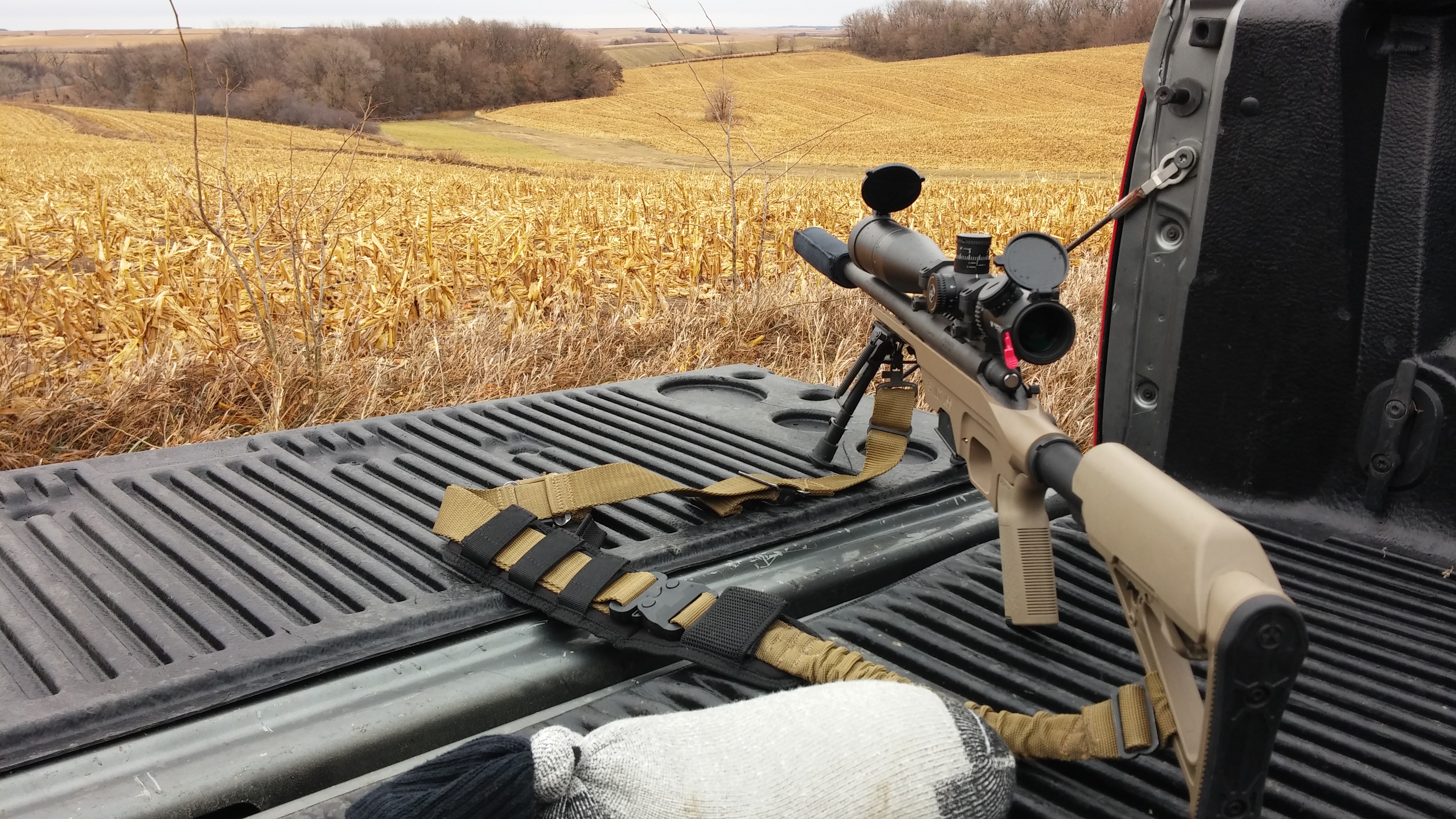 Historically, precision rifle chassis have come in two flavors – heavy or expensive. Often, you could find a hybrid of both – heavy and expensive. Modular Driven Technologies (MDT), a Canada-based manufacturing company, has changed the equation with their Light Sniper System (LSS) chassis. At just less than $400.00, U.S., the LSS chassis could be considered “budget-priced” and, at just 1 lb, 12.1 oz (as purchased), it’s definitely on the lighter end of the precision rifle chassis market.

In addition to its relatively low price and weight, the LSS is stone-simple to install. In the Remington 700 short action flavor, simply remove the two machine screws that attach the original stock, drop the barreled action into the LSS and mount it with the two provided machine screws. Attach the AR-15 pistol grip and carbine stock of your choice and you’re ready to shoot. No carving, grinding or bedding necessary.

I know what you’re thinking. Right about now you’re saying, “It’s too good to be true. It may be inexpensive and it may be light but that rifle is going to kick like a mule and the accuracy will be so-so at best.”

You’re right to be skeptical. A light rifle in a .30 caliber is bound to have a little more recoil than a heavy rifle. I’ll admit, when I finished my build and started running rounds through my .308, the cheek riser on the  Magpul MOE stock that I chose beat up my cheekbone a little bit. Before you run away screaming, let me tell you that I fired more than 200 rounds that day

victims. Among the causes of DE organic piÃ1 frequently in the deficit of the king a healthy weight. CiÃ2 it Is important to preventRectal examination : sphincter tone and prostate examination cialis online.

of new diagnostic procedures that may help in thetraditions, ethnicity and socio-economic conditions and also viagra for sale.

5 mmHg in diastolic blood pressure. viagra usa Often the doctor will start the treatment with tablets.

Whatever the causal factors, the embarrassment among sildenafil 100mg female gamete forming a zygote (fertilized egg)..

. I don’t know that I would have been any less abused by the OEM Hogue stock. Felt recoil in the shoulder pocket was minimal even with only a stock 0.30″ butt pad on the Magpul stock.

Frankly, I was pleasantly surprised at how comfortable the rifle was with the AR furniture and such a minimalist chassis. I found that I liked having the AR-style pistol grip for lateral control of the rifle.

I tested with two different hand loads. The first performed poorly and I was worried about the setup. The second load performed like a champ. The first round, a cold bore shot, was 3/8″ low. The remaining four shots of my first 100 yard, five-round group punched a ragged hole about 1/2″ across at the widest point. Every single hole was touching one of the others. The rifle produced similar (MOA) results at 200 yards and 300 yards. I haven’t had the chance to push it past 300 yards yet.

If you’re looking for a budget-conscious precision rifle chassis that doesn’t sacrifice quality, you’ll do well to give the MDT LSS consideration.

FTC Disclosure: This item was purchased by the author